Half a century of wine and cooperation

The 1960swere difficult years for the Chianti Classico: an economic and technical crisis hit Chianti winegrowing, which was still stuck using old production methods.
It was the visionary Sir Armando Nunzi who finally managed to persuade a group of winegrowers to get on board with the innovative idea of founding a modern cooperative winery capable of harvesting and producing wine from the grapes of future partners.

Thus it was that on 21 June 1965, Sir Gualtiero Armando Nunzi, together with his initial group of 17 winegrowers, united under the name of Castelli del Grevepesa.

The shared intention was to bring together various winegrowers from the different areas of Florentine Chianti Classico , in order to safeguard the land and maintain intact the age-od traditions of Tuscan winegrowing; the long-established know-how that farmers still today pass on from one generation to the next.

The objective was ambitious: to produce high quality wines in compliance with the strict regulations of the law and of the consortium then called Consorzio Gallo Nero (now Consorzio del Chianti Classico), operating careful grape selection and a rigorously controlled vinification process.
The symbol chosen was the iris, a flower that grows naturally between Val di Greve and Val di Pesa. This perennial flower resists both the sweltering heat of summer and the winter frost: it is a symbol of the solidity of Castelli del Grevepesa and of its unbreakable bond with Florentine culture and traditions.

The largest Chianti Classico family, who with passion and hard work produces fine quality wines, accessible to everyone, recognised and valued throughout the world. 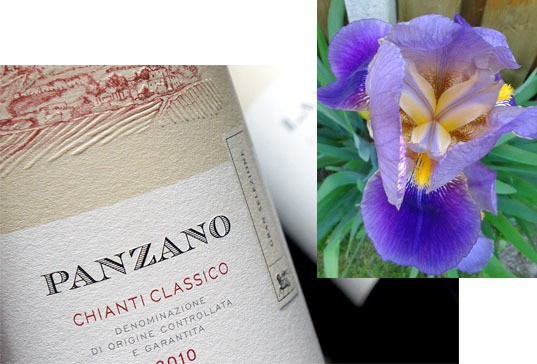 The love for
our home

Your story is
our story